It has been a fantastic conference in the atmosphere of Paris. 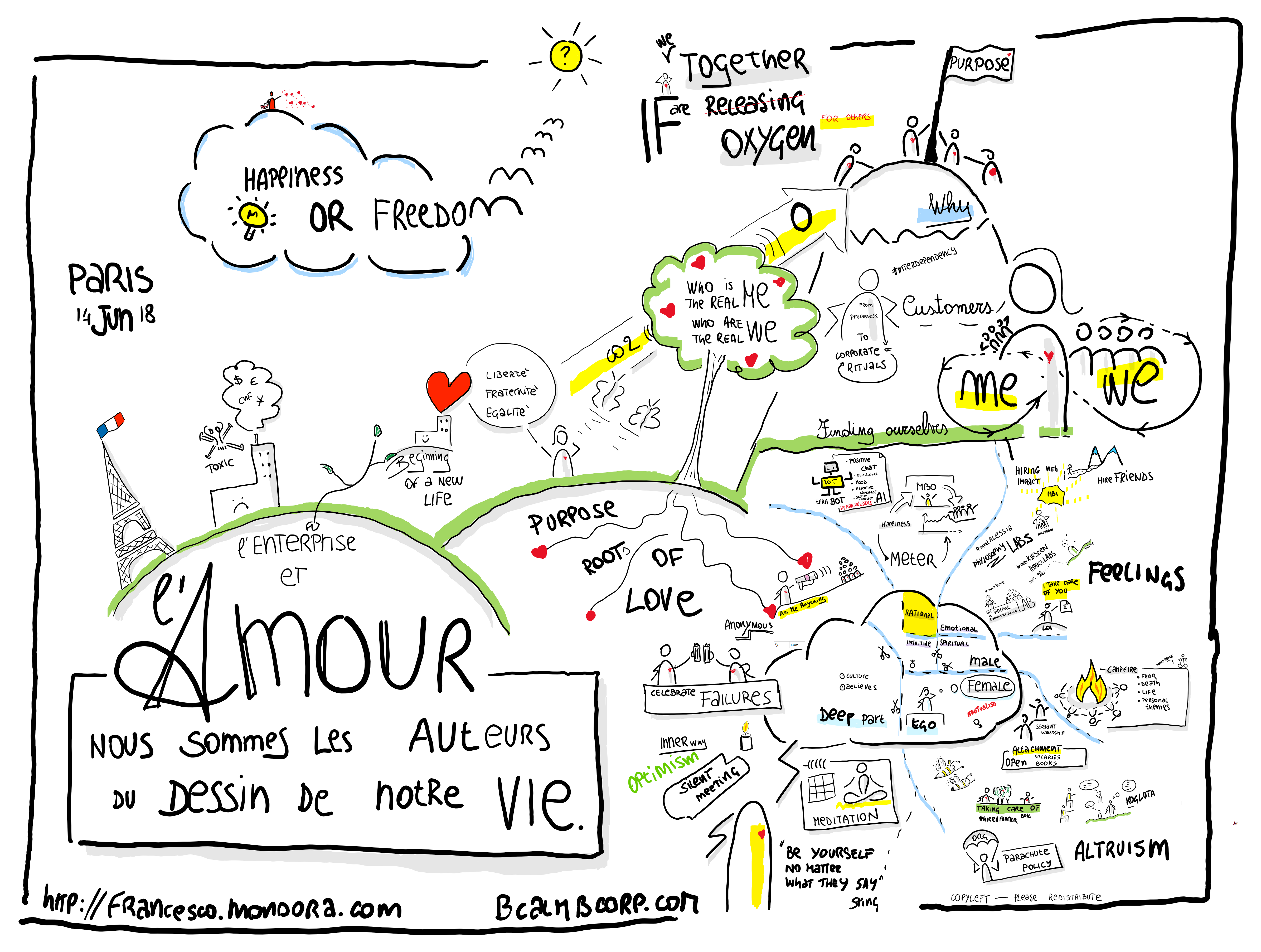 EAEF invited me to give a keynote on Friday talking about Amour and management practices.

I see organizations as a platform where people can both develop or destroy themselves. But before talking about practices, I want to focus on who is really getting through the door (physically or virtually) of the organization.

A person shows themselves with two primary behaviours:

A person comes with their dynamic behaviours focused on EGO. Despite being part of everybody’s personality, the actual society hinders to show the feminine side. Every man has a feminine side and every woman has a masculine side. For instance, the female part can be a sharing and caring approach, where you act as the mother.

So, when a person is crossing the door, they are also losing the female aspect of their ego. That person is passing the door as an ego-centred male, which represents one-fourth of each of us.

Finally, the rest of the person (Egomale) of the last one fourth is split into 4 parts:

In conclusion, the current culture is promoting a Rational, Egocentric Male culture; which is 1 sixteenth of the entire person that is walking through the company door.