Think of Software as a Force for Good, Using Teal and Agile 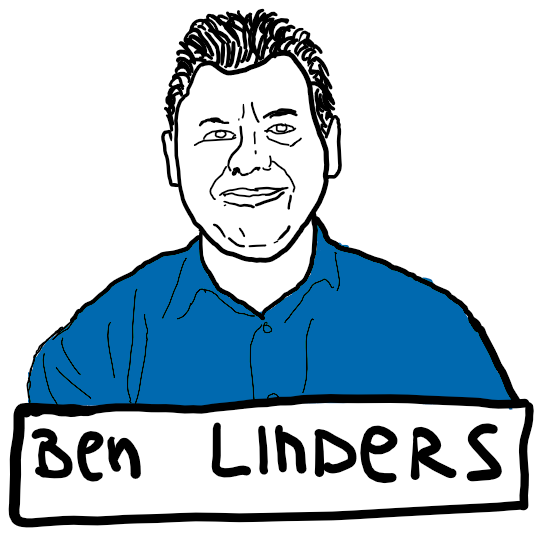 A teal organisation set its horizon by defining its higher purpose and describing why it exists. Individuals join the company because of the value it creates for the world, and work freely towards a specific purpose. A teal and agile company has a culture of complete openness, transparency and mutual trust; everyone should feel safe and encouraged to share ideas, and make mistakes, without fear.

Francesco Mondora, Unconventional CEO at Mondora, spoke about how software can be thought of as a force for good at Goto Berlin 2018. InfoQ is covering this conference with Q&A, summaries, and articles.

An organisation should have a higher principle, argued Mondora. The shareholders should consider the bigger purpose, not just think about making money, he said.

Considering the fact that people are equally adults within a company and are managed by the company purpose, there is no need to structure the company, said Mondora. What is needed is transparency, openness and complete trust.

Mondora stated: We believe that the beating heart of the company is the people who work in it, and therefore we must take good care of people in order to obtain amazing results.

Bonnitta Roy explained the benefits that self-organisation can bring in the interview how self-organization happens:

In the InfoQ Q&A on Reinventing Organizations, Frederic Laloux explains how a purpose can drive people’s behaviour:

(…) when people work in a self-managing fashion for a noble purpose, they can live out their potential fully and bring enormous energy to work. You don’t need to push them and monitor them.

The Teal oriented organizations think of themselves much more as “living organisms”, as you constantly find in nature. They are much more human-centric and liberating towards their employees, and look for the resourcefulness in humans rather than looking at humans as resources. A different, much more natural leadership style is used, which can actually be used without ranks, titles, ego, and other degrading ideas.

InfoQ interviewed Mondora about why a teal organisation defines its purpose and how it is structured and managed.

InfoQ: What is your view on how a “teal” organization can look?

Francesco Mondora: First of all, an organisation should define its higher purpose. In defining the purpose, the company is setting its horizon, its aim for every action it takes. Individuals in the company work freely towards that specific purpose and they join the company because of the value it is creating for the world. All services and products are seen as tools to reach the purpose we’re following.

Once we have described why the company exists, everything else follows.

InfoQ: What made you decide to base your company on teal and agile principles?

Francesco: The company was first born as a tool for better software development: for us agile was the only way in which we could set up a quick and continuous feedback loop with customers and users, so it was the obvious choice for our business organisation. In 2003, once agile became the new normal paradigm for deploying high-quality software, we started shifting the company purpose from good software to a more general good life. The path ahead was clear: we wanted to grow and develop the company in a self managed way, putting people at the centre and following a purpose that incorporated the creation of benefit for all stakeholders, rather than just economic profit for shareholders.

InfoQ: How is Mondora structured and managed?

Francesco: Mondora is structured in small self-managed teams: each team has an “owner” that acts as the CEO for that team, promoting the values and principles of the mondora philosophy in everyday activities. Each team is responsible for including all stakeholders in the work they do and keeping them up-to-date on all activities. Teams work in two-week sprints, which start with a sprint planning meeting and end with a retrospective meeting. All teams are full-stack and follow a customer and a project from the initial acquisition phase right through to the end. All business decisions are made transparent and discussed on an online platform, Loomio. Anyone can propose a decision, and everyone has the right to comment and vote before that decision is made. The company also has a full financial transparency policy, so there is no need to allocate specific budgets; everyone can look at the financial information and make a decision for mondora.

InfoQ: You spoke about taking work methods to the next level and considering the human side of the organisation. How does this look?

Francesco: First of all, we don’t have an HR department, and we don’t consider people as “resources” or “functions”, but as adult human beings. This means that everyone is responsible for what they do inside the company, just as they are responsible for making decisions and taking actions in life outside the work environment. Self organisation, work hour flexibility, unlimited holiday policy and collaborative decision making are just some of the elements that form the human side of mondora. Another fundamental aspect of what we call “the :m way” is a culture of full openness, transparency and mutual trust: everyone inside the company, from the senior architect to the high school intern, should feel safe and encouraged to share ideas, and make mistakes, without fear. An example of how we try to achieve this is the Failure Party: whenever someone tries something and makes a mistake (which can be small, but also big - impacting a project or a customer), we organise a party. The purpose of the party is to not blame a specific person for a mistake, but work together and analyse the ecosystem that brought about that mistake - so we can learn from it, avoid it in the future, and use it as an opportunity to collectively improve our work practices, all in a safe and inclusive environment.

I see teal as analogous to culture. Culture (as with teal) is not an end state in itself. It is something to be cultivated, something which will grow and evolve and must be cared for and nurtured; it is a living organism which will be constantly adapting and changing so needs to be cared for constantly. Your culture does not have to be the same as Google’s, Facebook’s or anyone else’s culture. Your culture is unique to your organization.

Other examples of self-organised organisations based on teal and agile principles are SoftwareMill and InfoQ.